Keeping pace with the ever-changing, always posting lives of your program. Your performance group’s social media is essential when promoting your program.

The world of social media continues to grow and engrain itself into our everyday lives. The introduction of social media accounts by all the major entertainment industries keeps us up to date and informed across all platforms. The marching arts are opening the curtain to their process in hopes of engaging new members while keeping their supporters and students informed. The Easley HS Band (SC), realized the need for a social media presence several years ago and continues to use various platforms to build, publicize and get attention for their programs.

Rick Langdale Jr, Director of Bands at Easley HS has been building awareness for his programs for several years. “Our social media platform is a way to communicate to our stakeholders but so much more. We are able to showcase what we already know about the performing arts [while] bringing that showcase to the masses,” he said. Langdale has been with the program for eight years, the last six as director.

The program, since Langdale arrived, has consistently used Twitter and Facebook for posts. A few years ago, he felt the students were responding more to Instagram posts and messages rather than emails and texts. Parents along with community members gravitated toward Facebook for updates. Langdale said, “I realized that there is a level of artistry that is needed and we could accomplish sharing information but also [share] the vision and strengths of our program – the band family.”

“Building a positive experience is a benchmark of a successful program,” said Langdale. The social media program at Easley has been about documenting the process and then celebrating the process. “Think back to the days when there were scrapbooks, clippings and pictures for organizations. Social media, for better or for worse, has replaced that process and we have moved from scrapbooks to social media,” Langdale said.

“I am a firm believer in what gets celebrated, gets repeated.”

Like any company advertising plan or marching arts show, the effects of promoting your product need to be consistent, timely and well-paced. The payoff of a strong school and community presence is oftentimes easily measured. Langdale said, “We are attending [BOA] Grand Nationals in the fall of 2021 for the first time. Our social media presence has given us a platform to connect with people of all ages including alumni and community members. We are currently in a campaign to raise the funds for the trip and we are well on our way with over $10,000 already donated.”

No social media plan can be accomplished without a consistent presence including timely posts on a wide variety of subject matter. Sometimes the workload can prove daunting for a band director or other staff member. After a few years of doing most of the work himself, Langdale enlisted a student to assist with the work. Landale said, “We have had a student being the primary facilitator of our social media for almost two years now. He is a photographer who has created his own business [and] a student leader in our program.” Meet Isaac Peña.

Isaac Peña has served as the Media Captain for over a year and has overseen the color guard social media for the last two years. He is a 2021 graduate but plans to stay on staff as Media Director.

“I have always been in the social media industry, always finding ways to get my name out there when it comes to my work in photography,” Peña said. His first endeavor was on the winter guard page. “The Easley guard page was run by students at the time and I would upload my pictures of both winter guard teams. Slowly but surely, I began to see a theme on the page, plus with the engagement our posts would get when professionally taken, I was shocked,” said Peña. Isaac became the guard page social media manager.

It wasn’t long until Langdale approached Peña with an offer to manage the Easley Band pages. “I of course said yes! I was blown away with how much attention the guard page attracted during our winter season and I could only imagine how much more attraction I could get from the Band’s Instagram [and] Facebook pages,” said Peña.

Creativity is the key when working on content for social media platforms. “There is a lot of time put into brainstorming rather than creating. Finding ways to make the page stand out even with a basic post or announcement,” said Peña. “I spend over 10 hours a week working on things for the future or for the moment.” All posts are a collaboration between Langdale and Peña. From discussions of timelines and content for posts, Peña designs and provides the imagery. Langdale produces texts and captions. Although a lot of trust is afforded to the media captain, final approval goes through the director.

Choosing the best platform and media type for the post is always top of mind. Photos or videos of rehearsals, performances or the students having fun are best received. Currently, Easley utilizes Facebook and Instagram however, Peña is a big believer in TikTok. Peña said, “TikTok has been shown to have one of the best algorithms out of any other social media. TikTok is a place where so many people can relate to anything, so you could only imagine all the band [and] guard kids waiting for that relatable post about their everyday activity.” Peña also puts a lot of thought into the use of hashtags as they help promote posts and engage a wider audience.

Through his experience as the media captain, Peña has learned a great deal of experience. Peña said, “Not only did my photography business grow from the exposure I got when working for the band, but my photos were shown in our documentary from our 2020 season “EverGREEN.” Peña also served on the yearbook staff. “I am forever grateful for what this program gave me even outside of high school,” he said. Isaac will spend the summer performing with the Boston Crusaders color guard then return to the area and become a staff member for the Easley band and color guard. He plans someday to work for a major magazine or brand and possibly DCI or WGI.

Allocating funds for marketing and advertising is becoming more of a necessity. Although not a dedicated budget line item, Easley is spending booster-raised funds to market the program. Langdale said, “We have spent money on one major video project and three smaller video promos. We have also spent money on ads on Facebook [and] Instagram.”

Years ago it was clear to Langdale that promoting the program via social media was an important step in the community and school. “We all hope that students and families want to be part of our activity [and] programs for the sake of the art alone but until they get in the door they won’t know what they are missing,” Langdale said. “I knew we had to spend time, energy and resources to market to the students but also the families.”

As the father of a toddler, Langdale spends an enormous amount of time thinking about the various activities, programs and teams in which he wants his child to participate. He believes parents and families need to evaluate the program for what it can do for the entire family as well as the student. “It is in the lifelong bonds created through intentional relationships built through peers, friends, adult stakeholders and the community as a whole [which] is the first step in creating a generation of world changers,” Langdale concluded.

Promoting your program through the use of social media is a given. Dedicating the resources to the program and utilizing a student for their creativity and as a growth outlet for the student might be the perfect match. 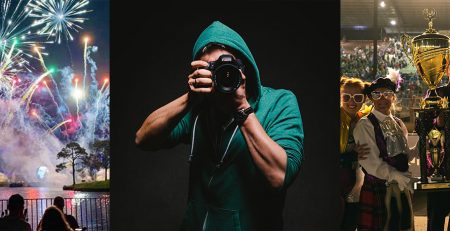 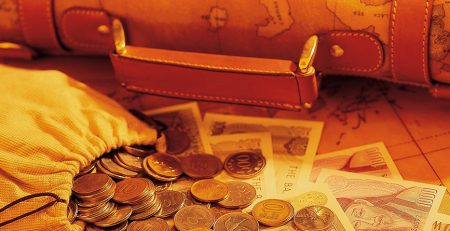 Whether you are planning your first trip as a music director, or you are a veteran of many performance trips,... read more 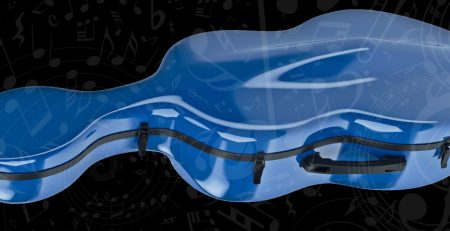 Flying with Your Expensive Musical Instrument

Flying with Your Expensive Musical Instrument Commercial air travel presents special challenges for the musician who flies. Many instruments are larger... read more 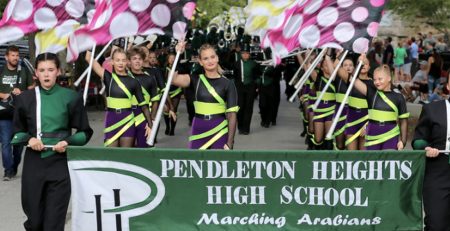 Learning from home, communicating with one another, and keeping the spirit of the band together has been a challenge for... read more