Many people visit the heart of Indiana every year, but one annual event, the running of the Indianapolis 500 Mile Race, surpasses all others. Best known as the, “Greatest Spectacle in Racing,” Indianapolis hosts the world’s largest single-day sporting event, the Indianapolis 500, over Memorial Day Weekend in May. The race has been running for over 100 years. Indianapolis 500 Festival Parade and Race Marching Band Trips are a great way for a band to be part of the action!

For over 60 years, the 500 Festival Parade has grown to be a signature event held in the United States. Alongside the Pasadena Tournament of Roses Parade and the Macy’s Thanksgiving Day Parade, the 500 Festival Parade is one of the nation’s premier marching showcases. The 500 Parade is the only festival event that has taken place every year since its founding in 1957.

Downtown Indianapolis is the midday setting for the Indianapolis 500 Festival Parade. Plenty of bleacher seating along the two-mile route allows all spectators to see the pageantry, bands and larger-than-life floats that fill the streets of the nation’s third largest parade. The 33 drivers competing in the Indianapolis 500 Mile Race serve as honorary grand marshals, driving the parade route in the traditional eleven rows of three cars each, with the pole position winner in the last race car. The parade also features well-known celebrities, costumed characters, American Heroes, patriotic units, specialty units, spectacular floats and giant helium balloons that celebrate the world’s largest single-day sporting event. Circling the city center is a talented mix of marching bands from around the country and around the world!

Marching Bands perform in front of over 300,000 spectators lining the parade route. They are viewed by another one million people watching from their televisions around the world. The parade is broadcast locally and nationally on the NBC Sports Network.

Scholastic bands and college bands are prominently featured in the parade. The Purdue University, “All American” Marching Band, the Navy Band – Great Lakes, the Indianapolis Public Schools All-City Marching Band and the Gordon Pipers are some of the yearly repeat performers. Another regular is the Indiana All-Star Marching Band, organized in 1998 and made up of high school musicians from across Indiana. From the town of Speedway, site of the race track, the Speedway 500 Regiment Band proudly represents its city every parade.

Race Day is on Sunday, following Saturday’s 500 Festival Parade and the excitement is electric! The 500 Mile Race is part of the Triple Crown of Motorsport which includes the Monaco Grand Prix and the 24 Hours of Le Mans! While your group is sleeping soundly Saturday night, thousands of fans are preparing to stream into the Indianapolis Motor Speedway infield during the wee hours of Sunday morning. For your band, the fun is about to begin. After an early breakfast, you dress in uniform, tune instruments and drive to Speedway, Indiana. Bypassing the crowds with a special police escort straight into the track, you become part of the pre-race show as you march around the famed Brickyard on the two and one-half mile oval! When you finish, smiling and exhausted, change into casual clothes on your coaches then slather on some sunblock and pull out the caps and sunglasses as you take your box lunch to your seat to enjoy the Greatest Spectacle in Racing!

If you love festivals, cheering crowds and the sounds of race cars zooming around a track, it’s time your band experienced the 500 Festival and the Indianapolis 500 Mile Race live and in person. Applications for performing bands worldwide are received by the 500 Festival annually. Once accepted, the Festival sends press releases to your hometown media announcing the great news that you will be participating in the 500 Festival Parade and marching around the track prior to watching the 500 Mile Race. Your band will also be featured on the 500 Festival website. Ready to apply? Contact us today and let’s begin planning your trip to Indy. Start your engines!

When you’re not marching or watching racer cars speeding by at 220 miles per hour, Indianapolis has plenty in store to keep your group busy, happy and entertained!:

Questions about performing at the Indianapolis Festival Parade and Race Day? Get a no-nonsense quote here or call 800.616.1112.

Live the Bands of America Honor Band's Tournament of Roses Parade® Performance with Music Travel Consultants! At the beginning of... read more 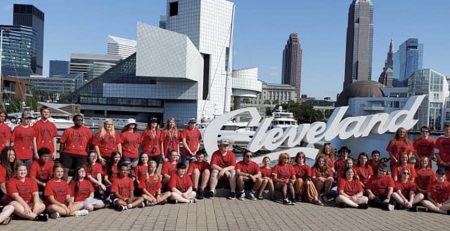 The Indiana State Fair has a long tradition of serving up the most artery-clogging foods, amazing 4-H representatives, seemingly death-defying... read more 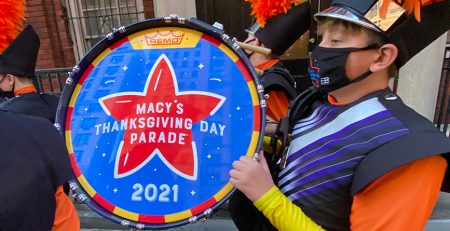 The tradition runs deep. From when I was a young child to now, a grandfather, Thanksgiving Day has included family,... read more

After several destination changes, finally getting the Granite City Band on the road with Orlando on the horizon made for... read more

Marching in the Macy’s Thanksgiving Day Parade is a treasured tradition and is tied as the second-oldest parade in the... read more