Searching for popular USA student performance venues? In which your group can play, or attend a clinic to improve its music?  There are literally hundreds around our country, to say nothing (in this article) of the opportunities available worldwide.  Often, we find music directors are shocked to learn their ensembles can perform at some of these cool places. If you’ve been seeking, but not finding, take a look at this short list:

Disney Performing Arts Onstage has it all:  clinics, performances and festivals for band, choir, orchestra, string ensembles, dance groups, ballet, jazz and nearly everything else musical.

World famous Carnegie Hall hosts year-around programs for bands, choirs, and orchestras, festivals, special performances & clinics.  Or, visit the “U.S.S. Intrepid,” to give a concert on the flight deck!

Faneuil Hall Marketplace offers good performance spaces in its historic warehouses, creatively converted to shopping, eating and gathering, in the heart of the old Boston.  At the J.F.K. library plaza, music groups are welcomed.

The iconic Lincoln Memorial is an American national monument built to honor the 16th President of the United States of America, Abraham Lincoln. This grand monument’s home is on the west end of the National Mall, across from the Washington Monument. The World War II Memorial commemorates those who served in that momentous conflict.

Imagine your group playing or singing next to a dinosaur!  The Windy City’s iconic museum lets you thrill an audience and then educates you about our world thereafter!

On the foredeck of the World War II battleship “U.S.S. Missouri”, your band, jazz group or orchestra, if accepted, can play a concert for visitors aboard this historic vessel.

Nashville • Outside the Grand Ole Opry at the Opry Plaza, Country Music Hall of Fame and Vanderbilt University

Not just for country music anymore, The Grand Ole Opry welcomes groups to play on its historic stage. Downtown, the Country Music Hall of Fame accepts performing groups, and Vanderbilt’s faculty conduct some of the very best clinics in the country.

Built in the Romanesque Revival style,  Second Church’s passion for mission, music, and inclusion allows for many performance possibilities, from concerts to clinics.  The church is especially good for choir and chorus ensembles.

If your students are ready for Disneyland Main Street, U.S.A. Parade, Disneyland’s California Adventure, or the Royal Theatre Stage, Disneyland is your ideal destination. There are numerous Disney Performing Arts Performance opportunities and workshops.

Since 1983, the Rock Hall has been hosting school music performances, within the building and outdoors at the main entrance. It’s just the place to perform and learn about Rock’s history!

Still seeking that best place to play?  Contact a Music Travel Consultants Travel Designer today to find it for you! 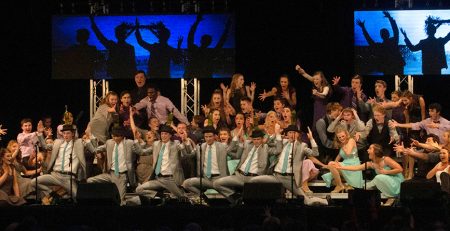 The Zionsville High School (IN) choirs loaded charter buses and headed south to Nashville, TN, for the Heart of America... read more 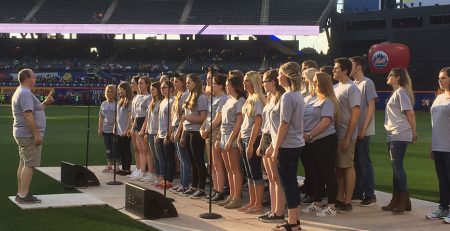 The City that never sleeps! The Big Apple! It’s like no other city in the world—giant skyscrapers, world-famous attractions, fabulous... read more

This edition features Franklin Central's Concert Choir traveling on their custom choir trip to Germany and Austria. The group not... read more 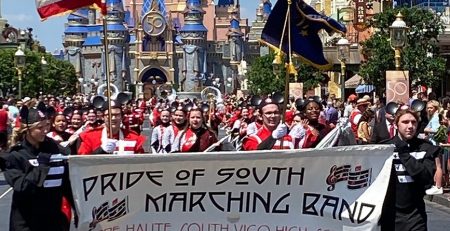 After two years of postponement, the Terre Haute South HS (IN) Pride of South Band Disney trip was finally a... read more 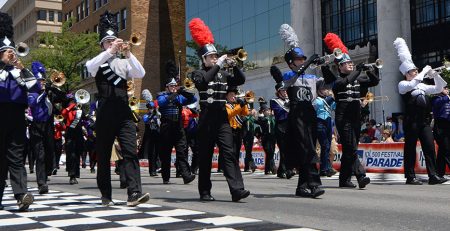 Many people visit the heart of Indiana every year, but one annual event, the running of the Indianapolis 500 Mile... read more 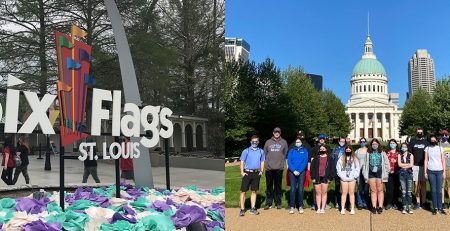