With a world full of fascinating music performance destinations, just choosing the perfect spot for your students can present quite a challenge. When you travel, the destination will be dictated largely by your group members. However, keep in mind that prices, particularly of flights, are considerably less expensive when choosing non-peak times.

London is known as a great destination for a performance group tour, because of its fine choral tradition and numerous old cathedrals with great acoustics. Austria and Central Europe are also popular due to their associations with Bach, Mozart, Strauss and other composers. Music Travel Consultants has the tools in place to arrange the venues for your concerts and/or services. MTC handles the publicity and promotions for your performances, arranges rehearsal times, and sees to all of the other fine details that are so important to a successful performance travel experience. Many times, the best venues for your concerts can become booked a year in advance. Ideally, you should be planning your trip the year prior to your travel date. To get you started, Music Travel Consultants has orchestrated a list our most successful, and most frequently visited, top European performance destinations.

Rich with art, history, music, food, fashion, and festivals galore.  The natural beauty of mountains, lakes, ocean beaches, and a sunny, welcoming climate, makes Italy a treasure-trove for a performance group. This is the birthplace of Muzio Clementi, and the fatherland of Rossini, Verdi, Monteverdi, Vivaldi, and many other great musicians and composers. To perform in Italy is an unforgettable experience: music, art, and architecture come together and create a magical atmosphere combining the past and present.

Known as a destination for diversity and rich culture.  This land introduces the Baroque and the rise of modern classical music, including sacred and secular music. British composers made an important contribution to many of the colossal movements in early music in Europe, including the polyphony of the Ars Nova.  They laid some of the foundations for later national and international classical music. There is a majestic feel like no other to perform in London, and there are plenty of opportunities for your group to wow crowds.

The luck of the Irish is the gorgeous green island they call home.  It is a magical place abounding with poetry, music, dance, storytelling, castles and more! The legendary traditional Irish music is known around the globe. Its rich nature has captured the attention of listeners everywhere. Irish music’s origins can be followed back to around 2,000 years ago when the Celts arrived in Ireland. Having been established in Eastern Europe since 500BC, the Celts were unquestionably influenced by the music of the East, and indeed, it is hypothesized that the Irish Harp originated in Egypt. While traveling to Ireland, the Celts left their stamp on the musical cultures of Spain and Brittany as well as in Scotland and Wales. However, it is here in Ireland that the tradition has evolved most passionately, flourished most strongly, and survived most courageously. A memorable performance opportunity for past groups has been the St. Patricks Day Parade. As the national holiday that is celebrated in more countries around the world than any other, St. Patrick’s Day is the day when everyone wants to be Irish, and there is no better way to experience it!

If you love the outdoors, ruggedly beautiful Scotland is made for you.  It is the birthplace of golf, and renowned for its spirited citizens, castles, and festivals! Scotland is well-known for its unique and traditional music. Scots music has held its popularity when many traditional forms of music across the world have not. Many people associate Scottish music almost entirely with the Great Highland Bagpipe, which has long played an important part in Scottish music. There are also many other performance opportunities besides Bagpipes, so don’t be shy!

After France, Spain is the second-largest country in terms of land area in Europe. Its culture and language have spread throughout the world, thanks to its kings, explorers, soldiers, and sailors. Your group will be in awe of the performance opportunities in Romanesque churches, the sounds that fill medieval castles, and the immense feeling of pride when performing in gothic cathedrals and Renaissance palaces.

German Classical music is one of the most renowned in the world. Famous names such as Ludwig van Beethoven, Johann Sebastian Bach, Felix Mendelssohn, Johannes Brahms, Robert Schumann and Richard Wagner filled the venues of this historic country. Performers can not only perform in some of the most historic venues around, but venues and events are so plentiful. We have had past groups give multiple once-in-a-lifetime performances in one trip! Your group can also enjoy the collection of nearly 800 instruments spanning European musical history from the 16th to the 20th century in the Museum of Musical Instruments.

In the heart of France, the majestic city of Paris blooms with vitality. This globally popular city is a center for art, fashion, and culture. Its 19th-century cityscape is home to landmarks such as the Eiffel Tower, the Gothic Notre-Dame cathedral, and some of the best cafe culture and designer boutiques along the Rue du Faubourg Saint-Honoré.

Paris is energized by numerous genres of music. You can experience anything from opera and symphonic music to musical theater, jazz, shake, the conventional Bal-musette. Driving melodic foundations include the Paris Opera, the Orchestre de Paris, and the Paris Conservatory, the first state music conservatory in Europe. The Cité de la Musique at La Villette is the home of the new Paris Symphony Hall, the Conservatory, a museum of musical instruments, and Le Zenith, a noteworthy scene for famous music. A considerable lot of the churches in Paris have heavenly noteworthy organs, and regularly host shows. The city is also known for its exceptional music halls. 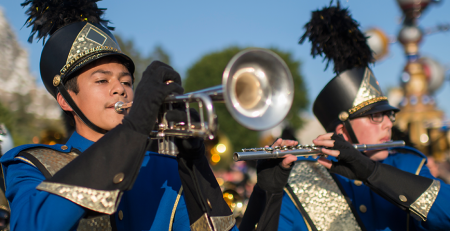